I realized on the way to Startup School that this was the tenth one I've emceed. We've done one every year since 2005 (plus two this year in NYC and London).

It struck me throughout the day how happy I was to be participating in this magical event that, despite so many changes in Silicon Valley and the world of startups in the past decade, remains practically unchanged. The authenticity that Startup School has feels so rare to me these days. I want to bottle it up and save it.

Y Combinator held the first Startup School just after the very first Summer Founders Program (as it was called then) in the fall of 2005. It was modeled on the Spam Conference Paul had organized at MIT: cheap, no-frills, and amazing content and people. And, of course, little to no introductory remarks. 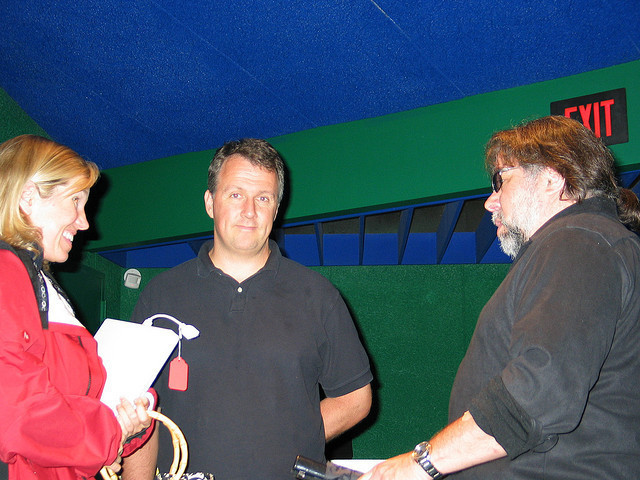 We partnered with the Harvard Computer Society and on a rainy, muddy Saturday, a great group of speakers (including Steve Wozniak!) came together with hundreds of bright-eyed attendees at Harvard University. The event was free to attend. We simply wanted to educate people because we knew more might view it as a career option if they knew more about startups. 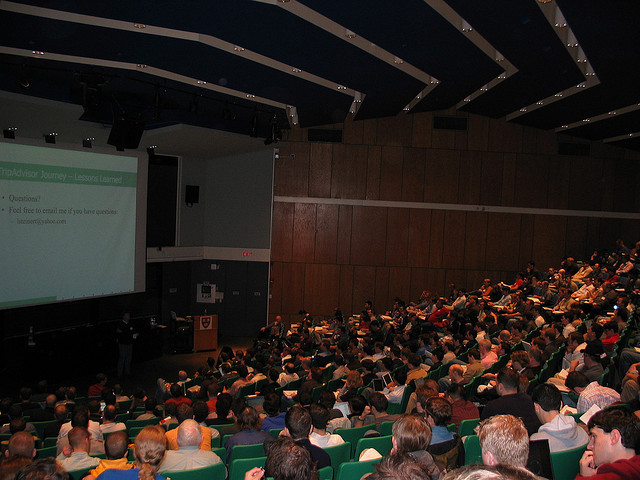 If you were there, you probably remember how electric the vibe was within that windowless auditorium. Chris Sacca’s talk seemed to spark a mini-startup revolution that very day. (Too bad this was before the days of video cameras in phones and streaming video. We don’t have much to remember it by.) Kevin Hale of YC was at the first Startup School and he told us it’s what inspired him to start Wufoo and apply to YC’s second batch.

Over the years Startup School’s audiences have grown, and we’ve gotten bigger and bigger venues to hold all the people who want to come. Talks are live streamed so anyone can view them. We have an amazing team to handle all the event logistics and planning. (A lot goes into hosting an event for 1700 people.) This year, we even had carpeting on the stage and comfortable leather chairs for the fireside chats instead of flimsy Ikea folding ones. And more women are attending-- hooray!

But not much else has changed. It’s still a free event with a no-frills approach and amazing speakers and content. We don’t promote it heavily to the press, and few reporters seem to want to come to work on a Saturday anyway, so there’s not much publicity around the day (and few link-baity news articles). To me, that makes it feel even more special. Like we’re at ground zero of startups that day, and only we in that auditorium know it. It felt that way at Harvard in 2005 and still does.

What really struck me yesterday though is how Startup School brings forth Silicon Valley's fundamental goodness. The speakers and the audience were genuinely happy to be there. The speakers had all come in on a Saturday, for free, just to help future founders. They spoke with extraordinary candor, and the audience were eager to hear everything they had to say. For ten years Startup School has felt this way. I hope we never lose that.

Jessica Livingston is a cofounder of Y Combinator. She is also the author of Founders at Work, a collection of interviews with successful startup founders.